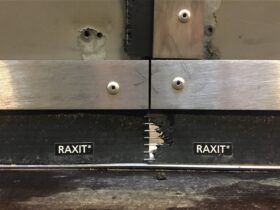 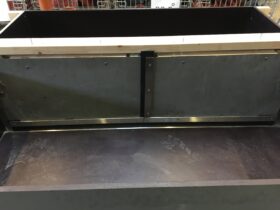 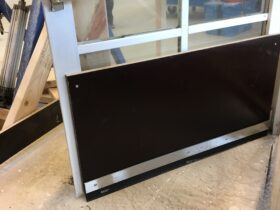 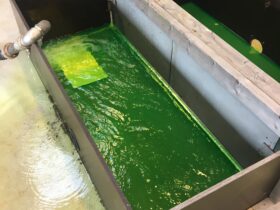 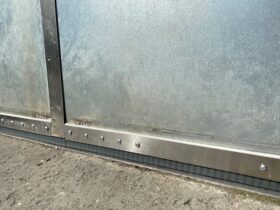 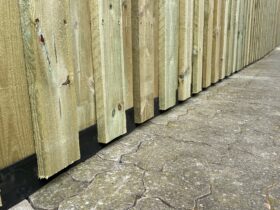 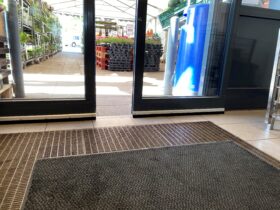 The test was carried out at the Pipe Centre, Danish Technological Institute Taastup in Denmark. The rat penetration test was conducted according to the Danish test standard for rats in sewer systems. Adjustments to the test strategy and scope was made to reflect the case-setting of rats trying to penetrate underneath a door blade.

As seen on the pictures above the Raxit Door Seal was mounted on a mock-up double door (in a closed quadrangular test box). There was no threshold installed underneath the double door. The reason for not installing a threshold underneath the doors, was to reflect a real-life scenario where pallet-jacks, fork-lifts, etc. can drive through. From the bottom of the door to surface there was left a 50 mm gap, enough space for the rats to crawl under.

In addition to the rat penetration tests we have also conducted; durability, climate and water barrier tests successfully at the Danish Technological Institute.

The successful laboratory test established a strong confidence in our products efficacy, and we knew that we were onto a product that could potentially outcompete the existing, and weaker, brush and vinyl strips. The real test was when we made the first nationwide contract with one of the largest grocery store chain in northern Europe. After a successful year having the Raxit Door Seals installed across 340+ grocery stores, the grocery chain achieved significant reductions in service cost and costs related to rodent intrusions, the Raxit Door Seals are today a permanent fixture across the chain’s warehouse doors.